SASSUOLO, ITALY --"The prize that grows with the power of your ideas". This is how the third edition of the Quinquennial Tile Award sponsored by Fincibec was defined. The event, organized by the Sassuolo manufacturer Fincibec in collaboration with theOttagonomagazine, aims to explore the different expressions of ceramics and its evolution within the architectural language. 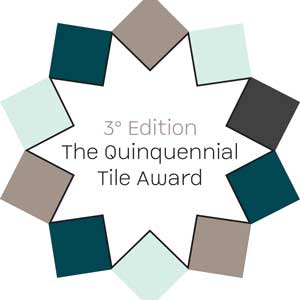 The next 18 months, until March 25, 2014, is the time for those who, for various reasons, have created artworks with the ceramic materials of the three companies of the Group: Century, Monocibec and Naxos to enter. Projects submitted must have been created between January 1, 2009 and December 31, 2013, in residential, public and commercial/industrial fields.

The ribbon cutting of this new edition had the exceptional contour with the palazzo Archiginnasio of Bologna palace, a location chosen not only for its charm, but in fact, Fincibec contributed to the restoration of some important frescoes of this historic home of the oldest European University. The ceremony was a convivial evening event during which the winners of the second edition of the Quinquennial Tile Award were officially awarded.

"We chose to schedule the opening of the new Quinquennial Tile Award with Cersaiebecause the prize deserved a far-reaching international showcase. The Archiginnasio Palace is a masterpiece of architecture and, as such, we felt it was the perfect place to honor the winners of the second edition of the prize. Contributing to the restoration of the frescoes is the action we decided to adopt allowing this beautiful place to continue to fascinate and inspire everyone who passes through halls and corridors" said Vittorio Borelli, Managing Director of Fincibec.

In the spring of 2014, a jury of experts will meet to declare the final ranking by rewarding the particularly expressive use of materials, from interior design to the building industry, areas where the flooring, the ceramic coatings and finishes have an increasingly important role in distinguishing architectural projects. Up for grabs for the first runner up, a Rolex Oyster Perpetual Submariner, for the other four winners, a two night stay for two at the prestigious Hotel Danieli in Venice, with entry at the Biennale of Architecture. For all those admitted to the prize, the gift will be a free subscription to the Ottagono magazine.
Online registration, terms and information on www.tileaward.org.