KEYWORDS adhesives / construction industry / epoxy and urethane grout
Order Reprints
13 Comments
MILAN, ITALY --Mapei SpA, a worldwide leader in manufacturing chemical products for the building industrythat produces more than 1,400 products for more than 55,000 clients all over the world, now operates 63 plants in 31 countries on five continents, thanks to the acquisition of 100% of the Turkish company Wallmerk Construction Chemicals Building Industry and Trade, Inc. 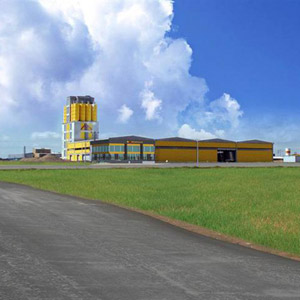 Founded in 2007, Wallmerk Construction is located in in Polatli OSB, one of the most important industrial zones in Ankara, which is a strategic area for Turkey. The company is located on a total surface of 247,569 square feet (23,000 square meters), with 53,819 square feet (5,000 square meters) of covered space. It is active in the production and trade of chemical products for the building industry, with a wide range of more than 200 products. Their offerings include waterproofing systems, special mortars and mortars for anchoring, tile adhesives and grouts, materials for thermal insulation, indoor and outdoor coatings, industrial floorings and other construction materials. In 2012, the company reached a turnover of more than 10 million Euros.

"We are very proud of this acquisition," stated Veronica Squinzi, Internationalization and Business Development Manager of Mapei Group. "It allows us to effectively enter the Turkish market, which we already serve through the import of our products produced in other European countries. Our internationalization strategy is based on a closer proximity to local customers and on a reduction of the transportation costs while constantly maintaining excellent quality thanks to our Research and Development centers. The Wallmerk acquisition moves us forward in this direction, allowing us to serve a very active and dynamic market in Turkey, which represents an important commercial connection from Europe to Asia."

Squinzi cited positive economic figures in support of the acquisition. "Turkey has the third largest population in Europe, after Russia and Germany," she said. "It is the 16th world economy and is expected to be among the 10 most economically developed countries by 2023. Turkey is ranked number two in the ceramic tile markets of Europe after Russia; moreover, it is the first cement producer and exporter in Europe and the third in the world.

"Today many investments are forecast for Turkey, both in the residential and non-residential buildings markets, and also in big infrastructural projects," Squinzi went on to say. "In addition, the Turkish international contractors are among the most active in the world. It was natural for Mapei to enter this market, as our goal is to become an important player in the Turkish building industry thanks to our technologically advanced products accompanied by a very strong, continuous environmental commitment. We are ready to take up this new challenge with great enthusiasm."

The steady internationalization of Mapei Group is strictly in concert with the steady revenue growth of the last 20 years. In 1990, aggregate revenues totaled 150 billion lira; in 2012, they exceeded 2 billion Euros, with 70% coming from international markets.

Together with the increasing revenues, the number of subsidiaries and Mapei plants has grown too. Among investments undertaken in 2012, the company opened a new plant in India, added a third plant in France and a second one in Poland.

In following its growth and internationalization strategy, Mapei Group has constantly invested in Research & Development -- research personnel account for about 12% of the workforce (7,500 total employees in 2012). Furthermore, 70% of investments are channeled into the production of eco-sustainable products that respect the strictest official standards and satisfy the international criteria of sustainability in the building industry.

Mapei technology and quality are chosen by more and more customers and are used for the building of important projects worldwide. For example, the New Panama Canal, the dam "GIBE III" (the largest dam in the world) in Addis Ababa, the Arroyo Maldonado galleries in Buenos Aires, Burji Khalifa in Dubai and Heathrow Airport in London, as well as indoor and outdoor sports fields and the infrastructures for the Olympic Games of the last decades (Beijing, London and the next in Sochi). Italian projects include important venues such as the Rome and Milan underground, the high-speed railway for Turin-Milan-Salerno and City Life in Milan.