KEYWORDS porcelain tile / tile sealing and maintenance products
Order Reprints
No Comments
It’s hip, it's hot and at the center of all the latest trends. Just as the Soho neighborhood in New York has  attracted the most sophisticated artistic professionals from around the world, Mediterranea has created the 18- x 36-inch "Soho"porcelain tileseries, befitting this urban mecca of the 21st century. 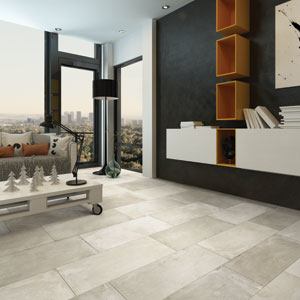 Soho by Mediterranea delivers on everything that the hottest design district in Manhattan represents. By drawing upon the traditional urban look of ages past, Mediterranea’s Soho series delivers an unmistakably modern vibe to any residential or commercial enclave.

Produced in the U.S. in a stunning 18- x 36-inch format, Soho utilizes Mediterranea’s Dynamic HD Imaging™ technology to offer a minimalist cement look in a selection of colors demanded by today’s design community.

Featuring a color palette of Graphite, Mocha, Taupe and Gray, Soho impeccably captures the true modern look of today’s urban landscape. In its 18- x 36-inch format, Soho offers a modern, minimalist look that’s just as much at home in a suburban living room as it is in a converted loft in Lower Manhattan.

Think big and connect the traditional with the modern with Soho by Mediterranea.