You have 0 Articles Left This Month. Register Today for Unlimited Access. 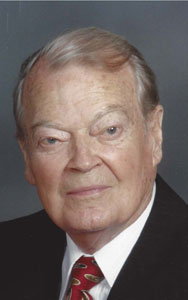 Having retired from Burlington Industries in 1975, he began a new career as vice president and general manager of Roberson Precast Terrazzo Ltd. in 1975, retiring after 15 years. He then worked with David Allen Company until his retirement in July 2012 at age 95.

You have 0 complimentary articles left.