James Woelfel, Vice President of Artcraft Granite, Marble and Tile of Mesa, AZ, has been elected as the new president of the National Tile Contractors Association (NTCA). His election was officially announced at this year's Total Solutions Plus conference, which was held in San Antonio, TX, from October 25-28, 2014.

Woelfel will serve a two-year term which will run until November 2016. He succeeds outgoing president Dan Welch, President of Welch Tile & Marble in Michigan. With his unique leadership and passion for the tile industry, Welch will become the Chairman of the Board for the NTCA. He is currently on the Board of Directors for the Ceramic Tile Education Foundation (CTEF), on the NTCA Technical Committee and was the 2014 NTCA Tile Person of the Year. 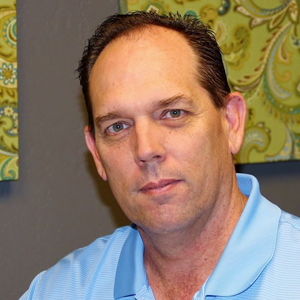 After his election, James Woelfel stated, "I am honored to become the next president of the NTCA. It is humbling for me to become the first son of a former president of our association's history. My father, Butch Woelfel, served in this capacity from 1985-1987. In my tenure, I hope to raise the awareness of our association to even stronger international recognition, as we continue to play a leading role in the development of installation standards for tile and stone installations. We want to celebrate our past and embrace the future of a global tile industry."

James Woelfel is the current NTCA Technical Committee Chairman, a member of the TCNA Handbook Committee and the ANSI A108 Committee. In 2011, Woelfel was the recipient of the NTCA Tile Person of the Year award.

The NTCA Board of Directors is elected by members at its Annual Meeting. It is comprised of the Executive Officers of the Association, representatives of 12 geographic regions, and allied members from distribution and tile and installation material manufacturers. Terms for the Board of Directors are for two years.

New addition to the Executive Committee is Chris Walker of David Allen Company. He will serve as the NTCA's Second Vice President as well as continue to serve on the ANSI A108 Committee and as the Chairman of the NTCA Methods and Standards Committee.

Board members participate in scheduled meetings and conference calls, and serve on several standing committees. The NTCA Board of Directors is actively involved in the overall management of the Association, and works closely with the NTCA staff to carry out a clearly defined strategic plan in order to meet its goals and objectives.

State directors work closely with NTCA's staff to promote membership in their region and to support NTCA local events. "This executive team is comprised of some of the most successful tile contractors and leaders in our industry," said Bart Bettiga. "They represent both commercial and residential contractors, participate in every single important standards committee in our trade… and, they have dedicated many years to the growth of our association. Their support of the direction and efforts of our staff has been instrumental in the incredible growth NTCA has experienced the past several years. Our future is secure under their leadership and guidance."