CARLSBAD, CA -- In September of 2016, Oceanside Glasstile had the amazing opportunity to acquire art glass manufacturing equipment, formulas and intellectual property from world-renowned company, Spectrum® Glass. Shortly after the acquisition, Uroboros Glass, another major player in the art glass industry, announced they too would be looking for a company to take on their production processes.

After great deliberation, Eric Lovell, founder and president of Uroboros Glass, came to the conclusion "Although there were other credible candidates who sought to acquire Uroboros and its technology in recent months, it was the Oceanside Glasstile people and culture that put them in the winning seat for me."

This year is going to be a year Oceanside Glasstile never forgets. "The opportunity to continue the legacies of Spectrum and Uroboros on the eve of Oceanside Glasstile's 25th year is an absolute honor," said Vincent Moiso, vice president of business development. "We are so excited to return to the art glass roots we were founded on."

In late November 2016, Oceanside Glasstile received the first of many equipment transfers from Spectrum and now the factory waits excitedly to welcome the Uroboros equipment. Over the next few months, Uroboros plans to wind down production so they can start to facilitate the move to Oceanside Glasstile.

Along with the equipment comes some of Uroboros' best players who, like Spectrum, will be Oceanside Glasstile's guiding light during the transition. They will help with set-up and training of the company's engineers, furnace handlers and chemist. From this collaboration, the art glass industry can anticipate a ramp up of Uroboros product that includes, but is not limited to, System 96® sheet and frit, FX90 fusible products and their iconic stained glass sheets. Oceanside Glasstile hopes to get sheet glass back on track in late May with frit, stringer, noodle, rods, etc., following in June.

Previously, Spectrum Glass and Uroboros worked closely together to create some of the best quality fusible glass the art glass industry had to offer known as System 96. Oceanside Glasstile looks forward to carrying on this amazing offering. Everyone at OGT continues to feel incredibly honored to be entrusted with such an adored product. There is sincere admiration for Uroboros and all they have provided to the art glass industry over the last 44 years, and Oceanside Glasstile is excited to continue that legacy.

Oceanside Glasstile is committed to the same level of quality and service the art glass industry is.

Oceanside Glasstile lightens up the industry with its new Spring palette

Designing and Living with Glass Tiles - Inspiration for Home and Garden 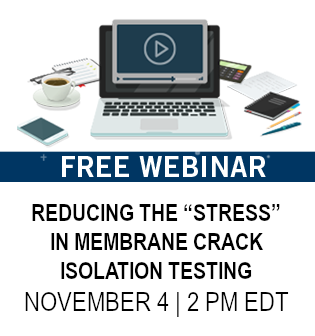 UNICERA will showcase brand new ‘state of the art’ innovations in flooring, wallcoverings, kitchens, bathrooms, & ceramic tile engraving from the ceramic sector’s leading manufacturers. Business to Business opportunities facilitated in specially designated areas throughout the fairground, for national and international buyers and delegations.