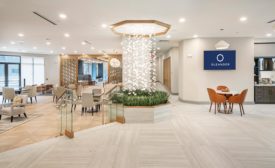 For The Oleander apartment complex in Brookhaven, GA, an extensive range of ceramic and porcelain tile was used with resilient flooring and carpet to create an upscale design
Heather Fiore
No Comments
High-grade materials and amenities, including a range of decorative ceramic and porcelain tile, were used to design The Oleander, which make it anything but a normal apartment complex.
Read More 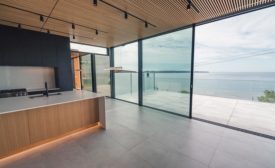 House of the Sun

An ultra-modern home along British Columbia’s Pacific coastline features a trio of Spanish tile collections, which provide aesthetically pleasing details throughout the four-story masterpiece
Heather Fiore
No Comments
British Columbia is the westernmost province in Canada, which is located between the Pacific Ocean and the Rocky Mountains. With some of the most picturesque views in the country, the province is home to more than 5 million people and is Canada’s third-most populous province.
Read More
Web Exclusive

No Comments
There is a Hindu temple in Bangkok, in the Bangrak district, which is the largest Hindu shrine in the world outside India: the Sri Mariamman temple. Built in 1879 by Vaithi Padayatchi, a Tamil Hindu immigant, it is also the oldest in all of Thailand.
Read More 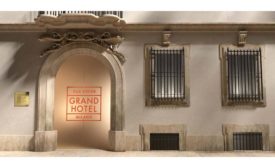 No Comments
A major event in the autumn design calendar, Elle Decor Grand Hotel, based on an idea by Elle Decor, is dedicated to the themes of contract - hospitality and interior design.
Read More 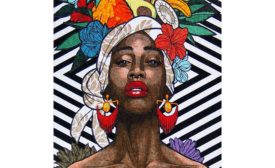 Audacity at the Maraca Restaurant in Santo Domingo

No Comments
A new portrait is added to the Shades collection: the splendid and colorful Audacity.
Read More 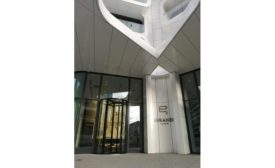 No Comments
The Grand Tower in Frankfurt is the tallest residential tower in Germany, with a height of 172 meters. It stands out from everything that was previously built in Germany in terms of residential buildings.
Read More

No Comments
At first, it was just countryside. A completely wild place, a two-hour drive from the city, with a lake, forests and animals around, no gas, no electricity -- uncontaminated purity.
Read More 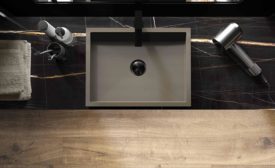 No Comments
The bathroom -- the room devoted to body care -- frequently plays a decisive role in defining a travel experience. It is a carefully calibrated blend of aesthetically surprising and functional choices that guarantee its hygiene.
Read More 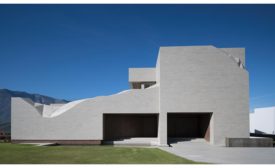 For the design of a high-end residence in Mexico, architects used stone-effect porcelain tiles from Emilgroup and Florim Ceramiche to mimic the topography of the surrounding mountains, resulting in a truly one-of-a-kind design
Heather Fiore
No Comments
Nestled in a picturesque valley in Monterrey, Mexico, facing a golf course with expansive views of nearby mountains, M+B Residence Club de Golf la Herradura embodies luxury to the max.
Read More 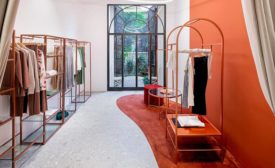 In this issue of TILE Magazine, we focus on gauged porcelain tile panels (GPTP), as well as waterproofing and moisture control. Through two detailed technical focuses, learn more about the history of GPTP, how much they have evolved since their introduction almost two decades ago and how to properly handle, fabricate and install them in residential and commercial spaces. Also be sure to check out the range of new tile collections, as well as waterproofing and moisture control products, which are available on the market in our detailed product showcases.