A tiler, painter and home decorator, Robert Burns is a mosaic artist in the United Kingdom, who has created an exciting portfolio of artwork over the last decade

Robert is a trained house painter and decorator, as well as tiler in the United Kingdom.

He started drawing again 10 years ago after he became an “empty nester,” which filled a big void in his life.

“I can draw and tile, so I decided to have a go. I was amazed how the first one came out. I sold it in a picture framing shop in Otley, Yorkshire. I made a few more and then I decided to start an icon collection.” 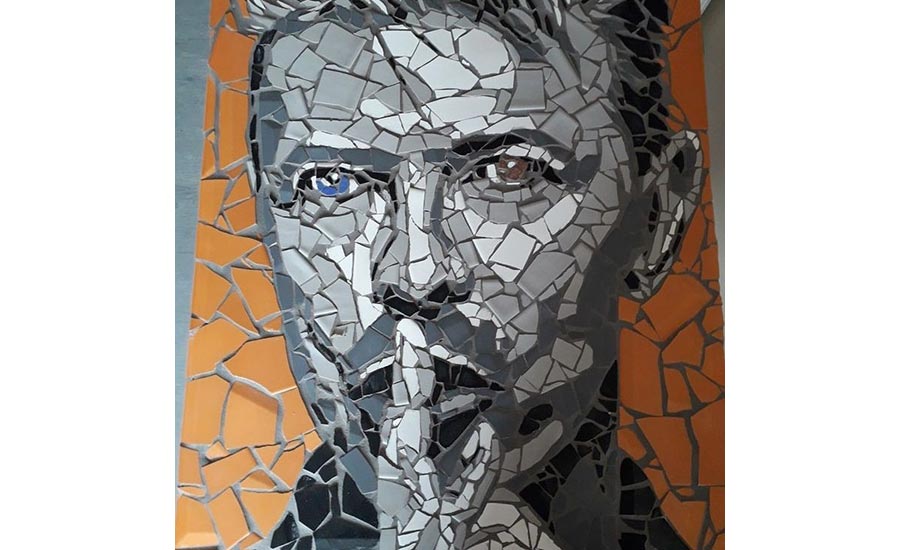 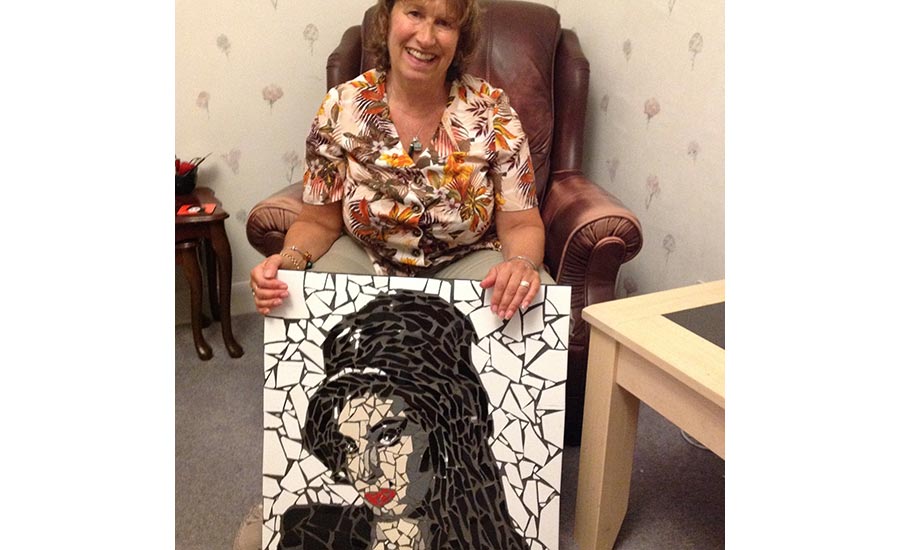 “I also made one of Amy Winehouse. Her mum saw it on social media and she asked me to make one for her. I was so pleased.”

Robert uses any tiles that he can to create his mosaics. “I use ceramic tile and stone. I try all types of tile. Some are hard to cut such as floor tiles, as I cut by hand with snipers.” 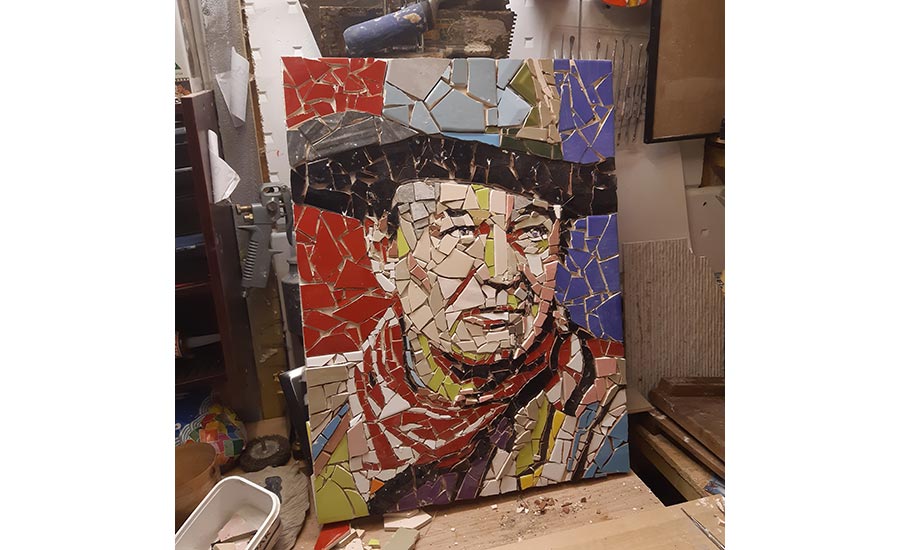 “Most mosaics I fix onto melamine boards. I draw a rough outline, sketch onto my substrate – using PVA first to make a good bond – and I use all of the best, ready mixed adhesives and powder grouts.” 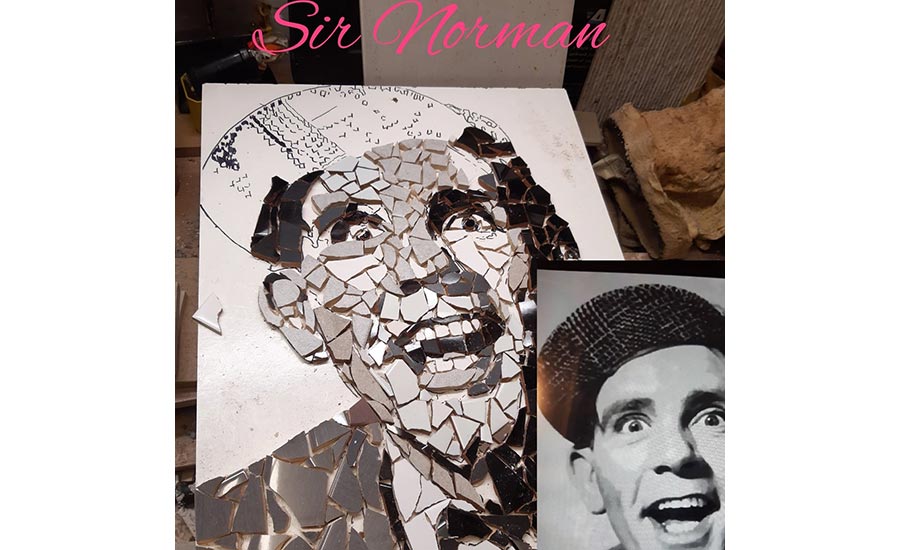 “The mosaics seem more alive than a drawing or painting. Lights seem to have a great effect on the look of them, especially if the tiles have good glaze.”

His latest mosaic was a portrait of a woman in California. 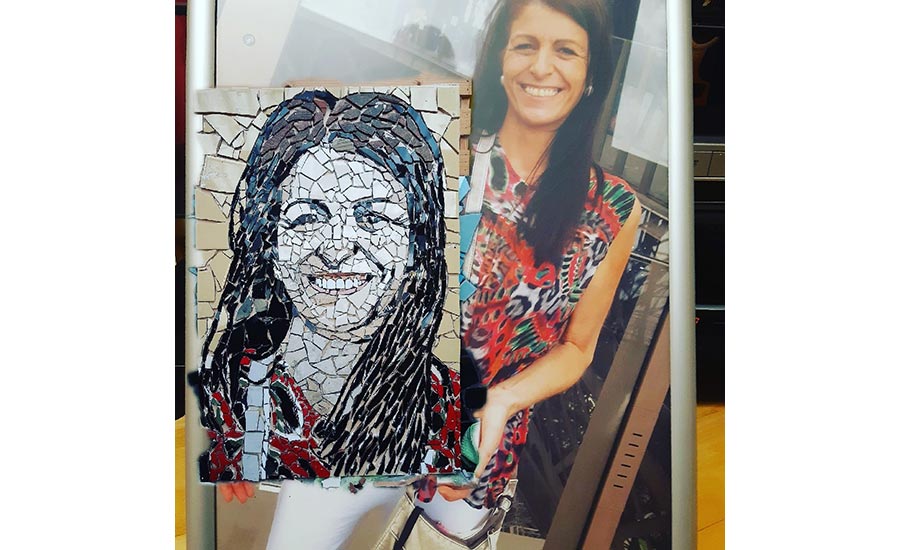 “I’m so pleased I found this type of art, as it really excites me to use most of my skills, and the results are amazing. It’s not everyone’s cup of tea, but it’d be boring if we were all the same. It’s great to get someone on board when you mosaic someone they like, especially when they are not into art."

A Striking Entry Made of More Than 1,000 Tiles